A series celebrating the individuals who work behind the scenes to provide us with unique Hardyan experiences.

Are you originally from Dorset, and if not, what drew you here? What is it that makes Dorset special for you?

In truth I hail from Varulamium – I am technically a marsh dweller - and arrived on firmer ground in Durnovaria at the tender age of eleven and three quarters. Having decided that Dorchester was where I should remain I became fascinated with Maiden Castle Hill Fort and other local ancient history. An interest in the more recent history of Dorset quickly followed and then its rural characters made their appearance. The landscape and coastline became a means to express myself through film, photography, and soundscapes. 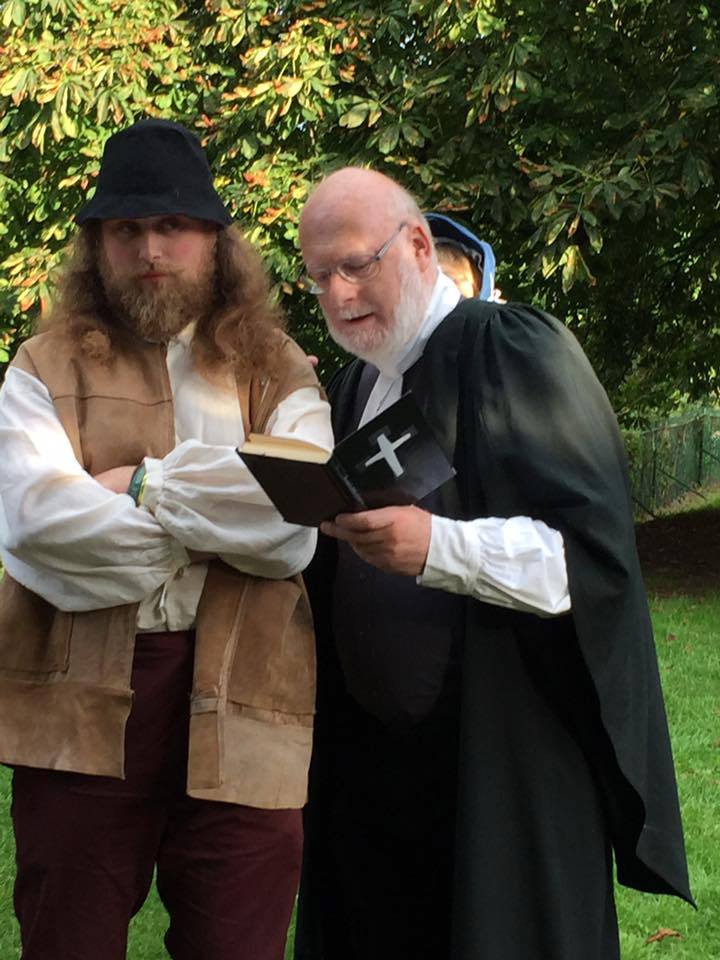 Andy Worth and Alastair Simpson for the New Hardy Players 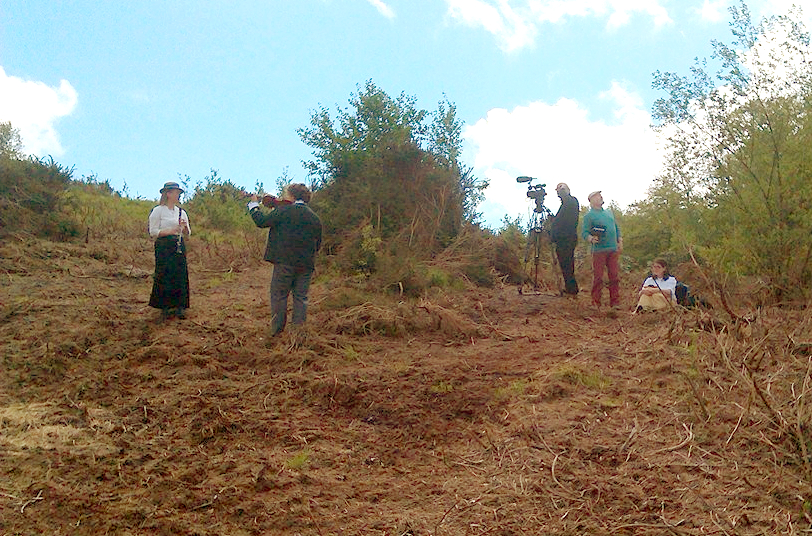 Filming on the Heathland

What was it that first got you interested in Thomas Hardy and his writing?

I suppose my awareness of Thomas Hardy started when I disrupted filming of Far from the Madding Crowd at Maiden Castle while flying a model aeroplane in the field below circa 1965. This encounter resulted in me meeting Julie Christie and Terence Stamp who were in costume. Miss Christie was most appealing and I so wished that I was Mr Stamp. Seeing that iconic sword scene at close quarters propelled me towards drama and film making. Documenting the activities surrounding earlier THS conferences led me to the Dorchester Dramatic Society and the staging of The Trumpet Major for the 1978 THS conference. I played the Innkeeper's slightly dim servant, David, and having been type cast in comedy roles I became aware of the humour within Hardy’s work.

Please tell us about your involvement with the New Hardy Players.

Hardy’s stories swing from dark to comic, and wanting to explore this further eventually led me to The New Hardy Players. Now, as Chair for this talented group of actors, musicians, producers and directors I have helped them bring the breadth of Hardy to life and inspired many who would had previously rejected Hardy on the commonly held local belief that “He was a miserable old so and so”. Not so, and his stories remain a positive and illuminating joy for me and the other 50+ New Hardy Players of, quite literally, all ages. 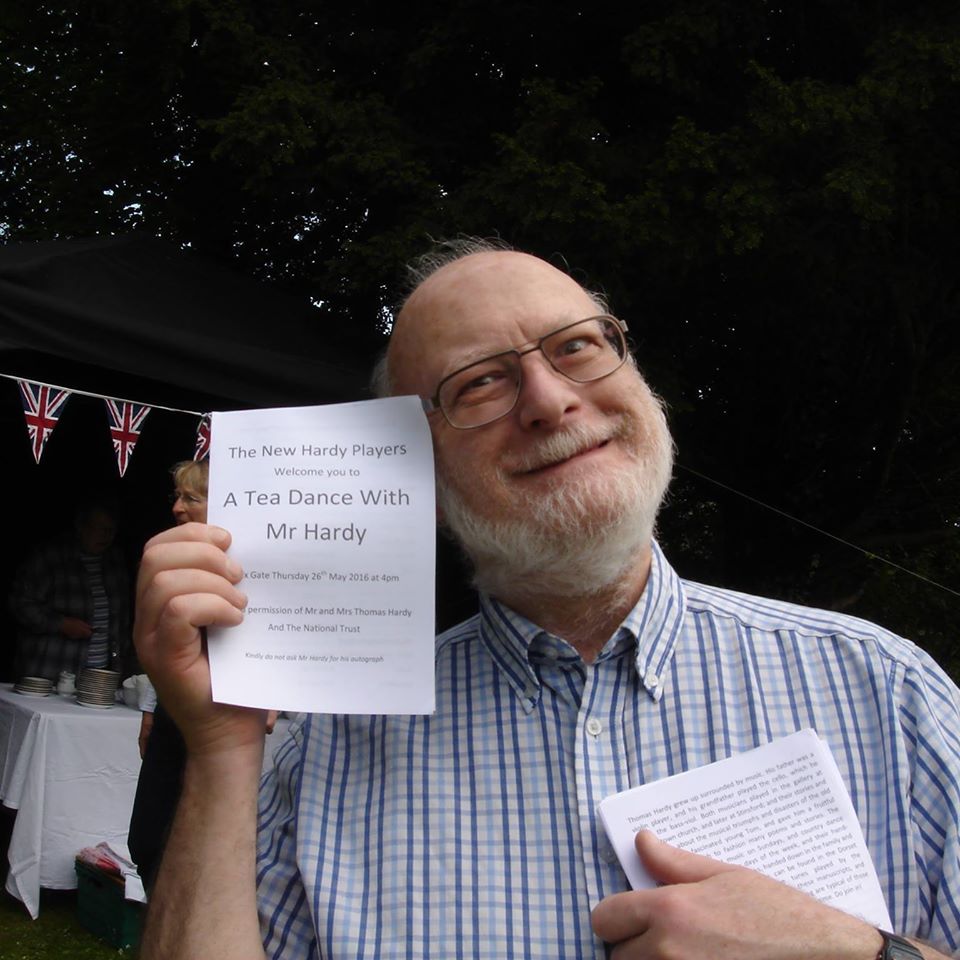 Please tell us about your work for KeeP106 Community Radio.

Community Radio is a force that binds communities together. Nearly 400 (and rising) community radio stations spread throughout the UK celebrate their locality and its heritage, while providing a diverse range of entertainment and local interest programmes. Once a broadcasting licence becomes available in a town or city many of these mostly volunteer- run stations blossom from roots in hospital radio, which I have been involved in since age 16. KeeP 106 is one of the most recent additions to the national picture. I could go on for a very long time explaining the breadth of interest that Dorchester’s own radio station achieves. As Chairman of the Board of Directors I would urge you to listen in on 106.3 FM in Central Southern Dorset, or anywhere you like online  https://keep106.com There really is something for everyone, and a particular programme I produce and present has national and international online listeners who have roots and/or an interest in Dorset. Some I am proud to say are members of the Thomas Hardy Society. 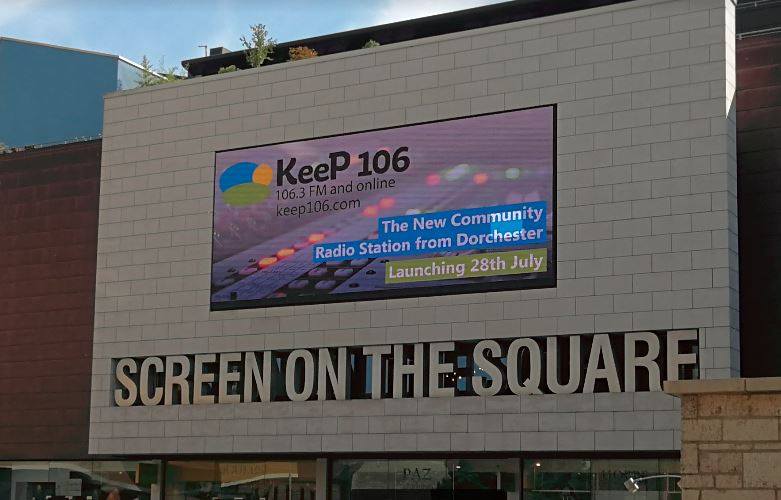 You are involved in a great deal of charity work; can you please tell us a bit about it?

This is something ingrained in me through my father’s childhood experiences in a war torn East End of London, and my mother’s insecurity born out of her descent from high privilege to near destitution. Creating community and supporting those in need is a passion that drives me to promote caring and consideration for others. The New Hardy Players have so far raised in excess of £60,000 for local charities and good causes. The most recent example being £8000 distributed to both local food banks, Weldmar Hospice Care and Julia’s House during the Covid19 pandemic. Support is also provided for The Museum Makers, a group of adults with learning and physical disabilities, who are closely associated with The New Hardy Players because of their theatrical activities and abilities. I am very proud to be a part of this wonderful group. 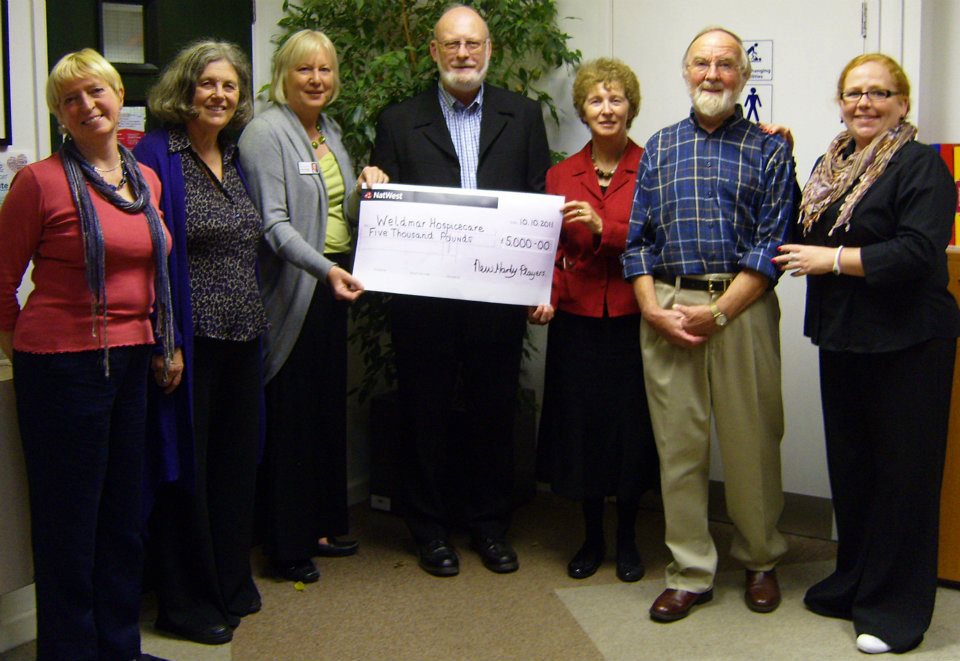 Donation to Waldemar Hospice in 2011 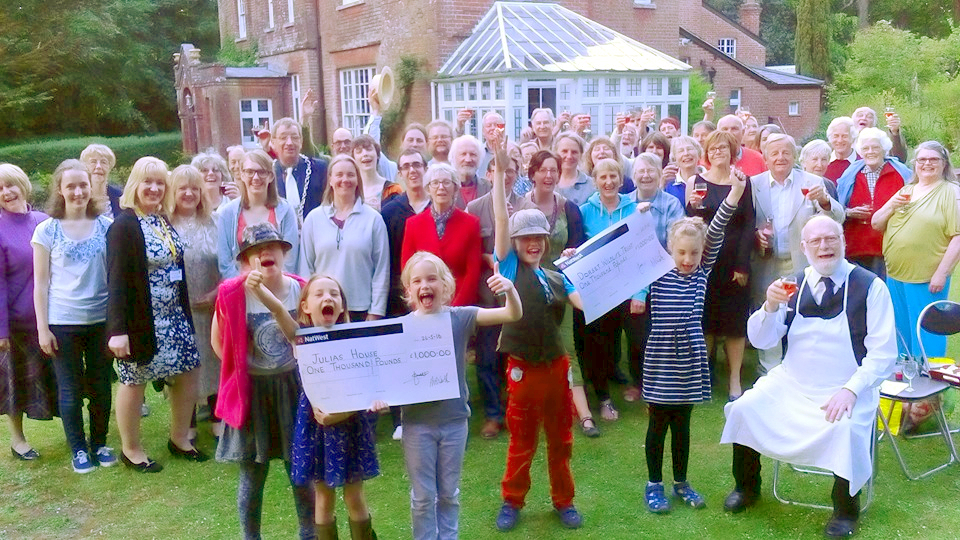 Charity Donations to Julia House in 2016

How long have you been a member of the Thomas Hardy Society Council of Management, and can you give us an insight into what kind of work you do for them?

I have had a long association with the THS but it is probably about three years ago since I became CoM representative for The New Hardy Players. I actually work to promote Hardy a little outside of the core of the THS through the use of theatre, film, radio, and community contact, always aiming to increase awareness of The Master Storyteller of Dorset - the title of a short film I made with Tim Laycock. I happily donate my technical abilities and facilities for THS events and provide support as and where I can. When technology and circumstances change I give my professional technical advice.

Finally, is there a unique Hardyan experience that you can share with us?

Meeting and working with the last living person to have known Thomas Hardy was a most exciting and revealing experience. Norrie Woodhall nee Noreen Bugler was the last of the original Hardy Players, and we spent many hours looking back at the life she recalled with such clarity. I often think of a comment made when I was filming her, she said almost inaudibly under her breath “What a man…” when Julian Fellowes handed her the pen Thomas Hardy had used to write Tess of the D’Urbervilles. I so enjoyed shooting and editing this little film that explored memories of Norrie’s early years in the company of the man who told her that he was her friend. I feel very connected to Thomas Hardy because of Norrie.

Women and Witchcraft in Lolly Willowes and The Withered Arm

Thomas Hardy and T.E. Lawrence - Their Friendship and Milieu

THS Study Day 2023 - The Return of the Native
Latest news

Jumping the turnstiles of Chance and Coincidence

The Thomas Hardy Archives at the DHC

We use cookies to personalise content and ads, to provide social media features and to analyse our traffic. We also share information about your use of our site with our social media, advertising and analytics partners who may combine it with other information that youĺve provided to them or that theyĺve collected from your use of their services. You consent to our cookies if you continue to use our website.

The Thomas Hardy Society is an educational charity supported solely by volunteers. The Society is based in Dorchester where the Council of Management meets six times a year. Details of the Annual General Meeting, to which anyone is welcome, are sent through the Society's usual channels in good time. News and upcoming events are promoted in e-newsletters and journals and on social media such as Facebook and Twitter in addition to this website. For further details please contact the Secretary - Dr Tracy Hayes - info@hardysociety.org or phone: 07867 666737. contact us.