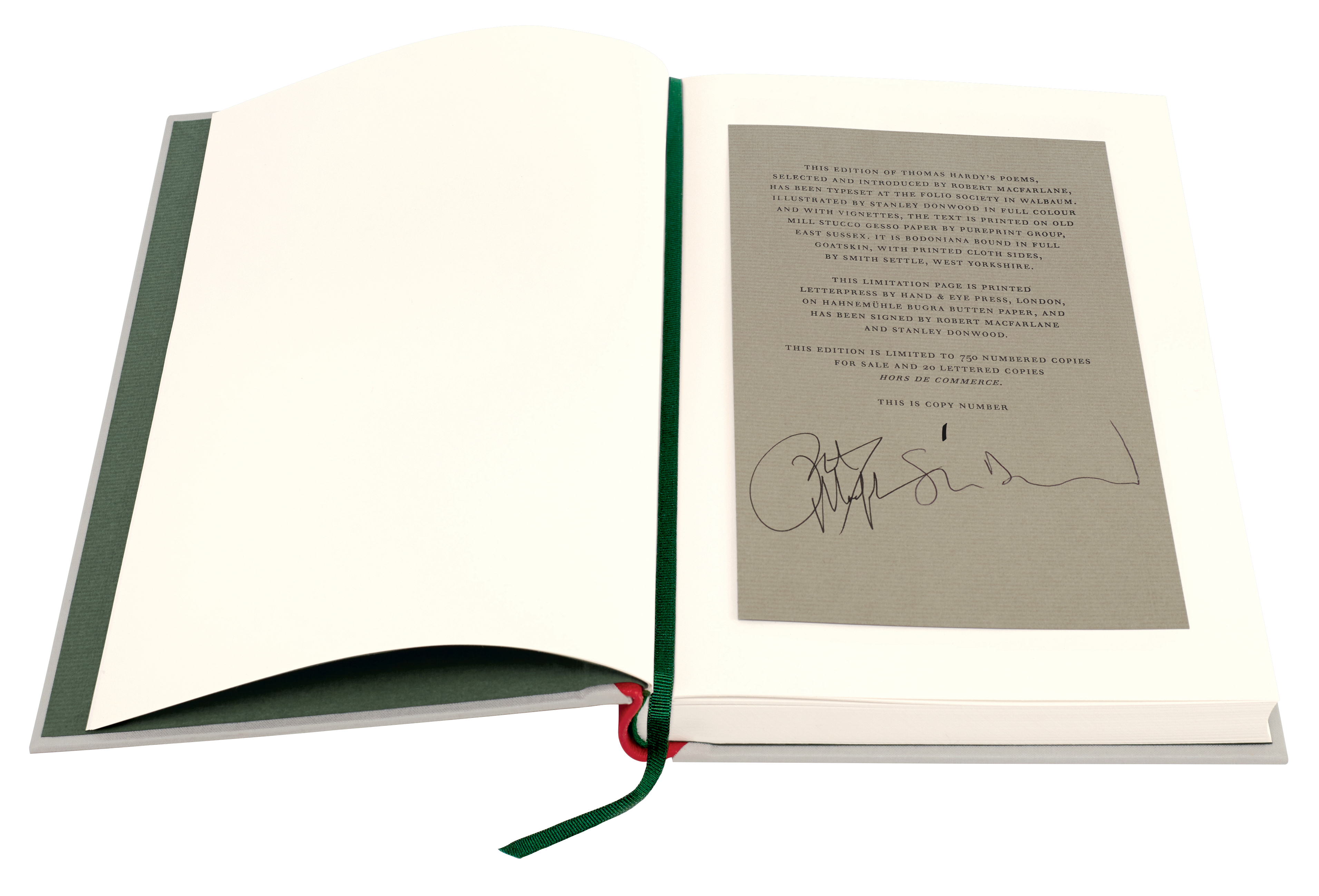 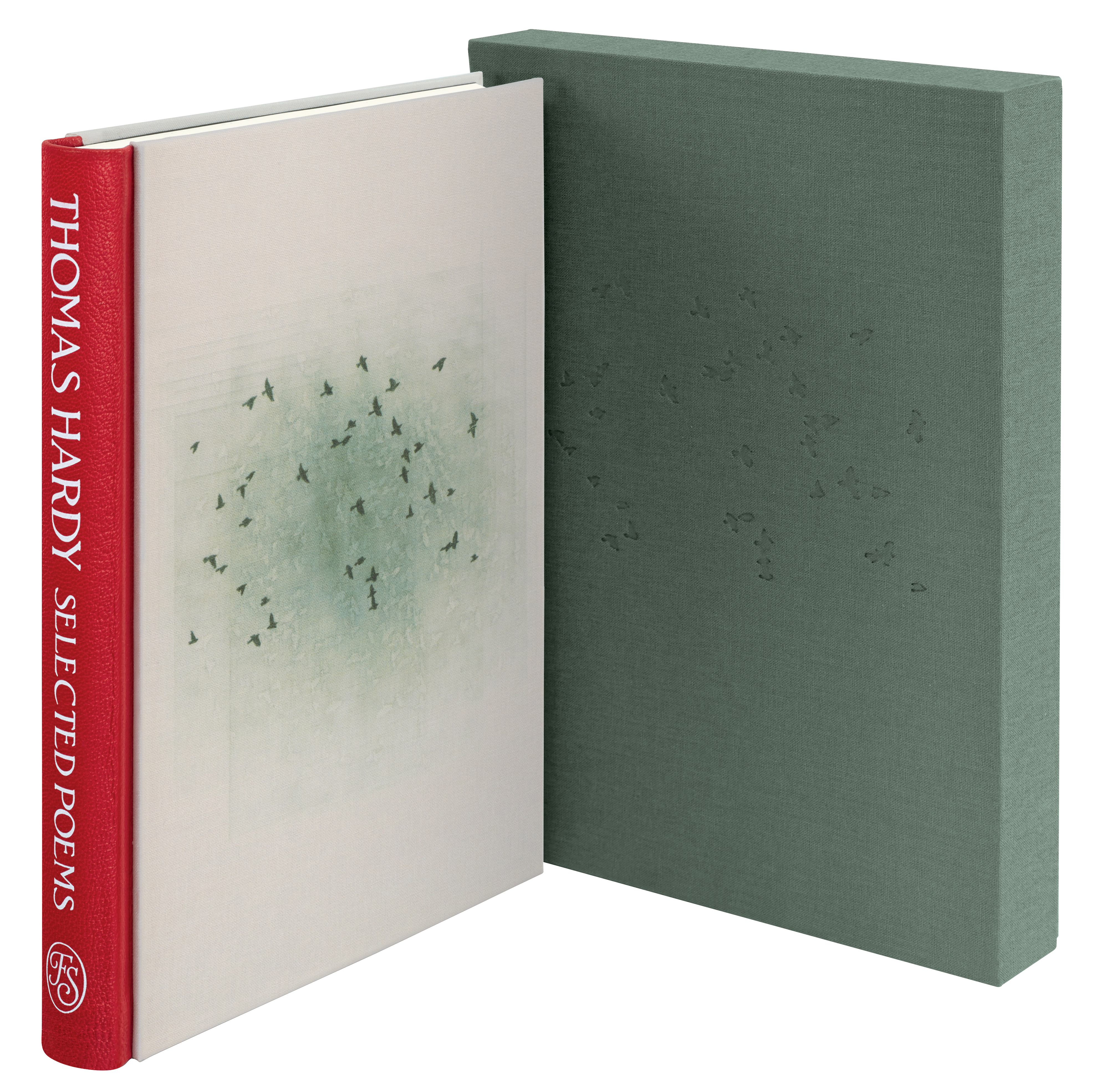 Selected and introduced by Robert Macfarlane, Illustrated by Stanley Donwood

‘Read them aloud and they will echo in both your ear and your memory’ Robert Macfarlane from his introduction.

This elegant new limited edition presents over 100 of vHardy’s finest verses. Exclusively selected for Folio and superbly introduced by renowned nature writer Robert Macfarlane, it features more than 30 haunting illustrations created by his regular collaborator Stanley Donwood Bodoniana-bound with a striking red leather spine and printed cloth sides, each copy is numbered by hand and signed by both anthologist and illustrator.

Robert Macfarlane has chosen poems from all eight volumes of Hardy’s poetry, giving a perfect cross-section of his varied work. In his introduction, Macfarlane explores how the uncanny, timeless feel of the poetry makes it ‘a bitter, beautiful draught to drink at any time’ – but one that is particularly resonant as we grapple with the effects of the global pandemic.

Macfarlane’s masterful selection is enhanced by the atmospheric illustrations of Stanley Donwood who travelled to Dorset in search of the sites of Hardy’s poetry. For this special commission, he was inspired to create an eerie sequence of pencil sketches and coloured images on scraps of paper, pages torn from yellowing books, old envelopes and even sections of maps. These extraordinary images, described by Macfarlane as a ‘slantwise and surprising’ response, obliquely capture Hardy’s world. Responding to Hardy’s layering of the present and past, Donwood juxtaposes the modern and the ancient, providing a new way of visualising Hardy’s ‘Wessex’. Binding the scheme together are the birds that he identified as the strongest link between Hardy’s world and ours. 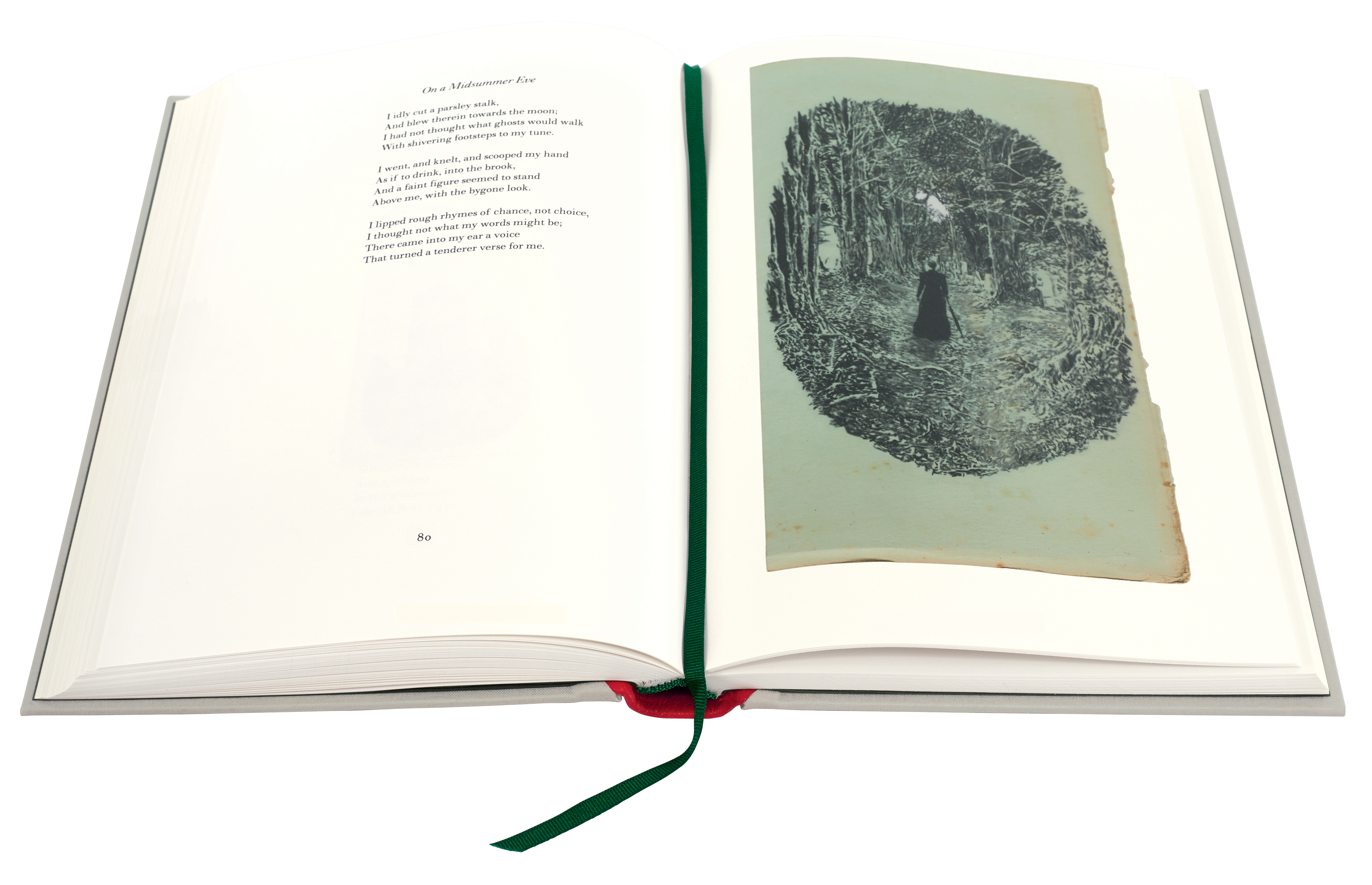 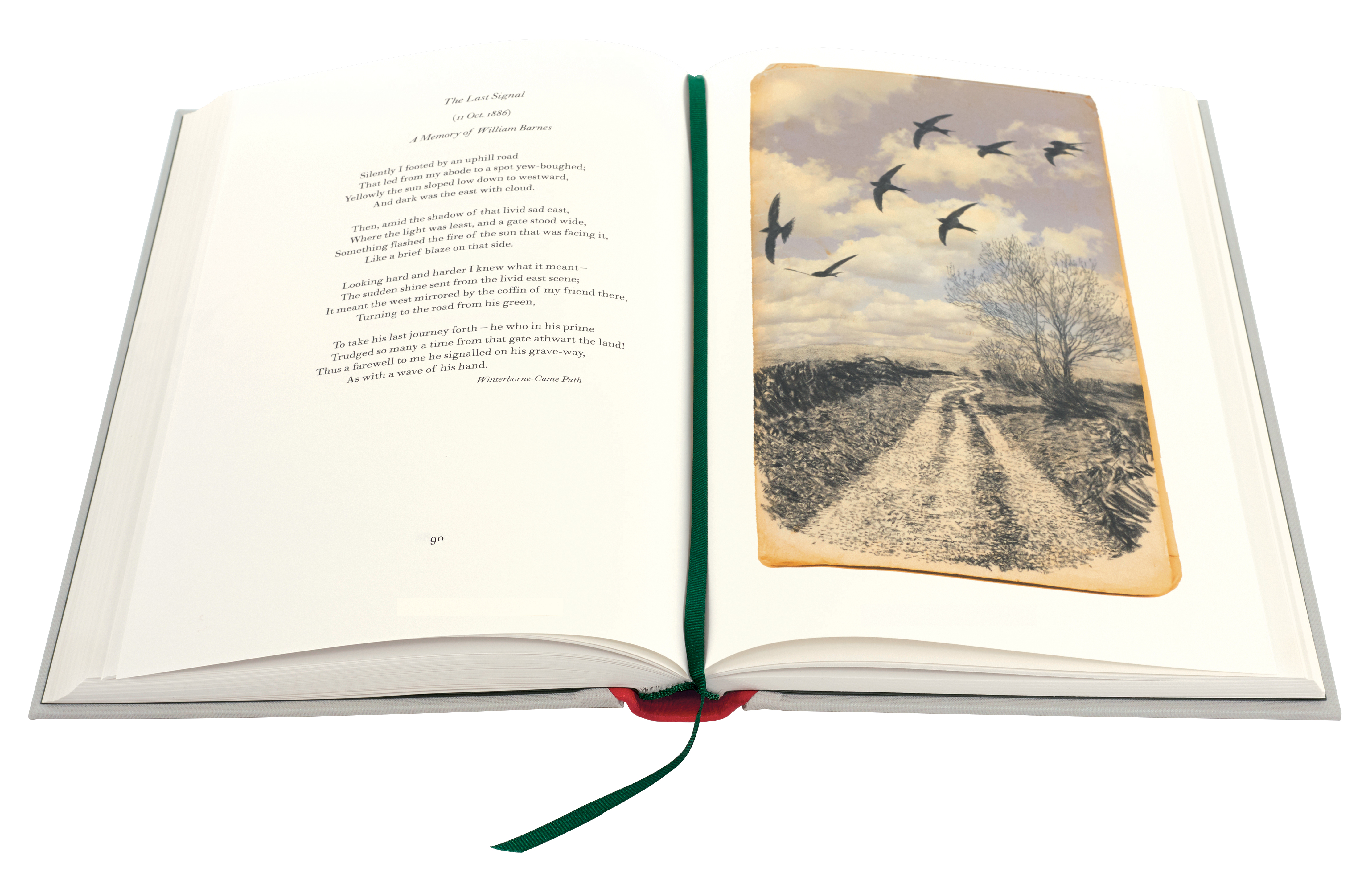 Thomas Hardy was born in the Dorset hamlet of Higher Brockhampton, and spent most of his life in this area, which he immortalised as ‘Wessex’. Determined to escape his
humble origins through self-education, he trained as an architect before embarking on his remarkable literary career – first as a controversial novelist, then as a ground-breaking
poet who can be seen as a bridge between the Victorian era
and the twentieth century. Hardy’s poems address everything from the glories of the landscape and the harshness of rural life to the sweetness of love, the bitterness of loss and the reality of war – all in an extraordinary range of metres and forms.
At the very heart of his work – and of this new collection – are the ‘Poems of 1912–1913’, a devastating sequence composed in the wake of the sudden death of his estranged
first wife, Emma. Nearly a century after Hardy’s death, his poetry continues to move readers with its raw honesty and astonishingly contemporary voice.

Robert Macfarlane is an author, academic and environmentalist, whose prize-winning books, including Underland and The Old Ways, have secured his place as one of the great nature writers of his generation. With Stanley Donwood, Macfarlane has published Holloway, a meditation on landscape, and the prose-poem Ness.

Award-winning artist and author Stanley Donwood, best known for his association with the band Radiohead, is acclaimed for his large screen prints exhibited worldwide, his
writings and his art installations. Stanley Donwood’s artwork for this spectacular limited edition will be displayed at the Jealous Gallery in London. Opening on 27 May 2021, ‘The Uncanny Scenery of a Dream' will run until 20 June 2021.

A Walk to Rainbarrow and Mistover Knap, Where Tess and Eustacia Overlap
Latest news

The New Hardy Players present The Mayor of Casterbridge

In Memory of Dr Faysal Mikdadi

We use cookies to personalise content and ads, to provide social media features and to analyse our traffic. We also share information about your use of our site with our social media, advertising and analytics partners who may combine it with other information that youíve provided to them or that theyíve collected from your use of their services. You consent to our cookies if you continue to use our website.

The Thomas Hardy Society is an educational charity supported solely by volunteers. The Society is based in Dorchester where the Council of Management meets six times a year. Details of the Annual General Meeting, to which anyone is welcome, are sent through the Societyís usual channels in good time. News and upcoming events are promoted in e-newsletters and journals and on social media such as Facebook and Twitter in addition to this website. For further details please contact us.