Council of Management present were

Attendance: There were 26 members in attendance. (A list was available on request)

Prior to the meeting the Chairman welcomed Lydia Martin and her family to receive the THS Thomas Hardy Victorian Fair Poetry Competition 2019 prize. Faysal Mikdadi presented the prize of a book of ‘Chosen Poems’ to Lydia and said he was very pleased to do so to the youngest contributor aged 6.

To Approve the Minutes of the 51st AGM The Minutes were approved and signed as a true record.

Matters Arising There were no matters arising.

Resume of the year’s Events

Our programme of events continued after the conference last year with a successful reconstruction of Mrs Yeobright’s Last Walk across Egdon Heath – marking the 175th anniversary of this event on Saturday 1st September rather than Thursday 31st August, as described by Hardy.

Our co-operative events continued in 2018 with the WHOTT historic coach outing also across Egdon Heath, led by Sue Clarke. Then the Dorchester Literary Festival – poetry with Brian Patten and a walk around Hardy’s Dorchester.

In conjunction with Birkbeck College, the excellent London lecture by Kester Rattenbury on Hardy’s Wessex Project was well attended.

This year brought a most successful Far from the Madding Crowd Study Day, with attendance figures approaching 120. These April Study days – the brainchild of Tracy Hayes go from strength to strength. The Trumpet-Major in 2020 on 4th April.

In May, Mark Ford & I led a Thomas Hardy London Walk from Waterloo to Old St Pancras Church and thence to Westminster Abbey via Westbourne Park Villas. During the wreath laying ceremony in Poets Corner Claire Tomalin, the recent Hardy biographer, dedicated a replacement memorial stone to Hardy. As I mentioned at the last AGM, the inscription on the original stone had become quite worn; it could not be re-inscribed so a new stone has been laid; made possible by a generous donation to the Hardy Society from David & Nancy Jones and a legacy from Heather Shean.

In June, the Birthday Weekend saw a Mellstock Poems Walk followed by Faysal Mikdadi lecturing on Hardy in Translation and a folk rendition of Satires of Circumstance by Tatterdemalion.

Hardy’s birthday fell on the Sunday, where after the Church Service, High East Street and High West Street were both closed for a Thomas Hardy Victorian Fair, which despite the inevitable Dorset rainstorm proved highly successful & did much to promote awareness of Hardy & his Wessex. Plans are well-advanced for a repeat event at the birthday weekend next year.

On Philip Larkin’s birthday in August we combined with the Larkin Society for a joint residential study weekend at Kingston Maurward College with a successful combination of lectures, poetry, question-time, a quiz, walks and culminating in the WHOTT coach trip along the route of Larkin’s 1949 walk to Weymouth from Dorchester. An annual cycle of events completed with today’s walk through the countryside of The Trumpet-Major.

That was the programme of events laid on for the Society’s members.

Behind the scenes your Council of Management has undergone radical changes in personnel and many new things have been happening.

I must firstly single out Dr Faysal Mikdadi, our new Academic Director, and his subcommittee who have pursued an ambitious project of arranging Thomas Hardy Poetry Workshops in schools not only within Wessex but throughout the country. An immediate result being the publication of this book – Inspired by Thomas Hardy: An Anthology of Students’ Poems 2019.

I am assured that is only the start of their plans, further fruits of which will be evident at the 2020 Hardy Festival. Karin Koehler, our new Journal Editor, has not only produced three excellent journals in good time but also been assisting Faysal, along with Andrew Hewitt, student representative.

At our last AGM, I once more aired the Council’s concerns about 5 years without a treasurer – and the lack of volunteers to man the Hardy Office. At last, our pleas have been answered in that we now have an energetic and enthusiastic treasurer in the person of Graham Roberts and have successfully found new volunteers for the office.

I have saved the best (or the worst) for last. As most of you are well aware, Mike Nixon retired as THS Secretary in May this year after 14 years of dedicated service to the Society, during the last 5 of which he was also acting as temporary treasurer. We have been incredibly lucky in recruiting Dr Tracy Hayes as his replacement.

Tracy, already well-known in the Society as Student Rep & organizer of the April Study Days, has thrown herself wholeheartedly into the job & is making a tremendous success of it. Please all wish her well and pray that she continues in post as long and as successfully as Mike Nixon before her. Not to forget the fact that Tracy along with Mark North oversaw the development of a completely new THS website which was launched early this year. The new website combined with Tracy & Mark’s work on social media is doing much to bring the THS & our events into the public eye.

At the London Lecture on Thursday 14th November, we are making a farewell presentation to both Mike Nixon and Jane Thomas. I appealed in the Journal for contributions towards Mike’s leaving present – we have received many – but if anyone else would like to donate, it is not too late to do so.

So much for all the changes – the greatest thanks as always must go to the local stalwarts who keep the office and the Society going: Dee Tolfree who now manages merchandise as well as publications. Pat Withers, our dedicated membership secretary for whom nothing is too much trouble. Sue Clarke who continues to support us in many ways, not least as Minutes Secretary. Andrew & Marilyn Leah, who lend so much experience and wisdom to the new management team. All have coped so well in our temporary accommodation in the Town Council offices in North Square.

I must also mention our joint purchase with the Dorset History Centre earlier this summer of a letter from Thomas Hardy to Sir Clifford Allbutt – sent by Hardy in response to a letter already held by the museum. We have continued to liaise with kindred organizations, especially the National Trust whose Area Manager Hannah Jefferson is now on our Council of Management. We have continued to support STAND in their opposition to the planned ‘Garden Village’ which would devastate the landscape to the north of Casterbridge. We have also been represented at the Public Inquiries into the so-called Strawberry Fields application at Charminster and the Woodsford Quarry extension.

As well as spreading the gospel of Hardy’s poetry and his fiction, we have thus tried in every way to protect and promote Hardy’s heritage and his Wessex landscape.

The Society’s accounts will go over to an electronic accounting system for 2020 using the system ‘Xero’. The Society will be working with Kennedy Legg providing the detail to achieve this.

The Treasurer commented upon the £57,000 held on deposit and the fact that the current account would shortly be in a negative position thus there was a need to raise further revenue and a rise in subscription levels could be considered.

He raised the question of there being £54,262 in unrestricted funds and asked why we needed more and that the Charities Commission may look and say we need to spend more. The Chairman said Mark Cummins had mentioned that Charities should not sit on large sums. At present however we have twelve levels of subscription and there is a need to simplify along with the Life Membership category that still needs reviewing as part of this.

There were also the Society’s academic activities to consider where we needed to spend more in this direction.

The approval of the Accounts for the year was proposed by Helen Lange, seconded by Andrew Leah, all were in favour.Appointment of Independent Examiner of Accounts
At the last AGM the Society changed our accountancy firm from Edwards and Keeping to Cummins and Co. As Cummins and Co do not wish to continue, we are appointing Kennedy Legg, 10 Prince of Wales Road, Dorchester,
Dorset, DT1 1PW. This was proposed by Graham Roberts seconded by Marilyn Leah and unanimously approved at the meeting.

a) Election of Managers Pursuant to the Articles of the Association the following Managers were due to retire Anthony Fincham, Helen Lange, Jonathan Memel, Patricia Withers. All were willing to stand again. Tracy Hayes proposed their re-election, and all were in favour. Four members have retired from the Council, Alistair Chisholm, Mike Nixon, Harriet Still and Jane Thomas.
Two current members of the Council of Management had not had their names previously put forward at an AGM so to be elected now: Mark North and Andy Worth. New members who have joined in the last year are Hannah Jefferson (NT Representative) David Leaper (Dorchester Town Council) Faysal Mikdadi (Academic Director) Graham Roberts (Treasurer) and Richard Franklin.

The meeting unanimously approved their membership of the CoM.

b) Election of Treasurer Graham Roberts was elected as Treasurer

Appointment of Presidents The Council of Management ratified the appointment of Julian Fellowes as President together with the Vice Presidents. The recent re-structuring in local government and the formation of one unitary authority called the Dorset Council has meant there will be no District Council representative.

Any other Business
Strawberry Fields development, Charminster Felicity Gardner remarked that the Public Inquiry results due in August/September had been delayed until the middle of December. The development of that field infringes on historic Wolfeton House and the Roman associations nearby which is not good.
The Chairman mentioned the Birthday Weekend 6th & 7th June 2020 when there will be a walk on Saturday starting from Hardy’s Statue going to the North of Dorchester.
On Saturday evening 6th June 2020 there will be a recital by Philip Lange.

The meeting closed at 5.45pm 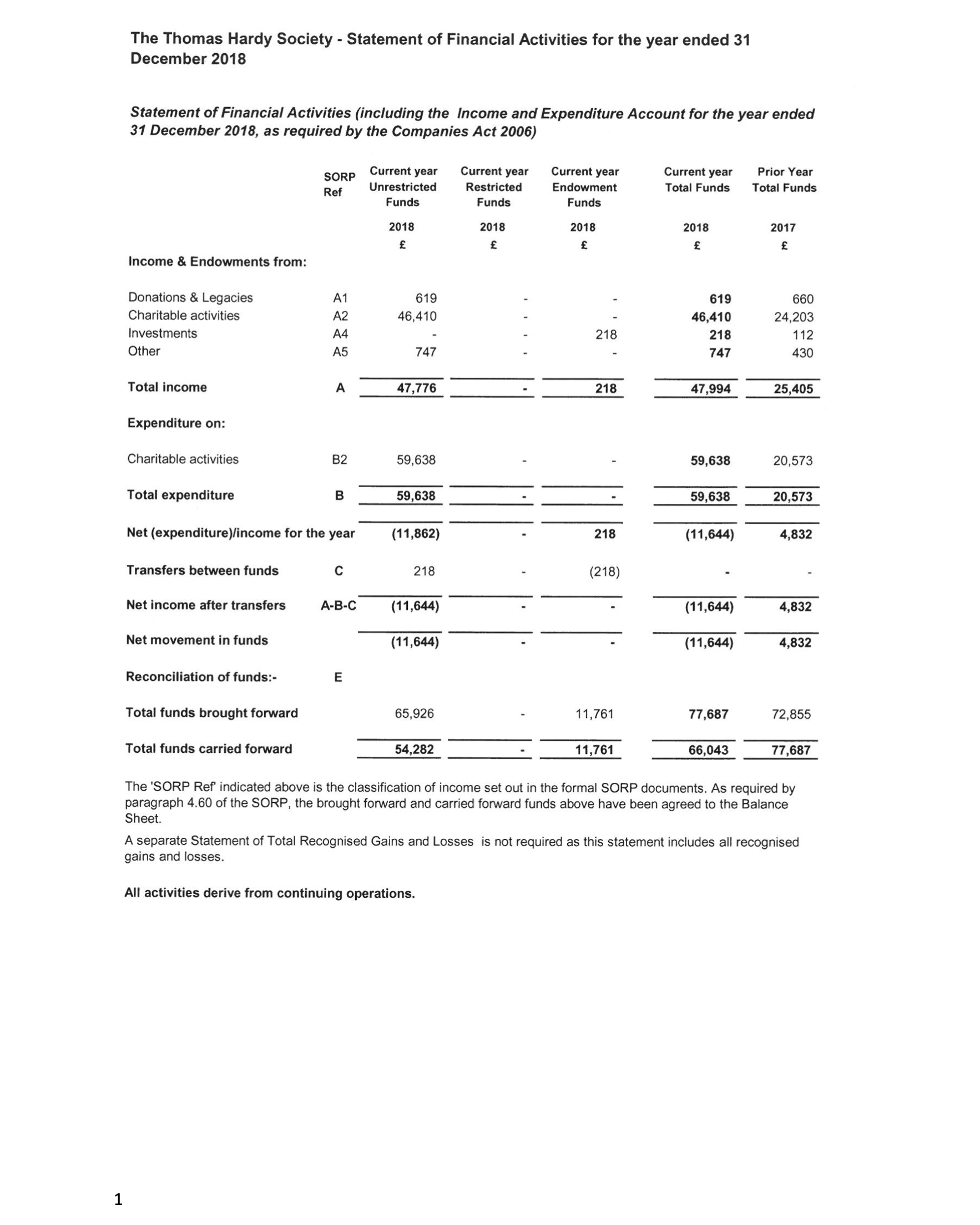 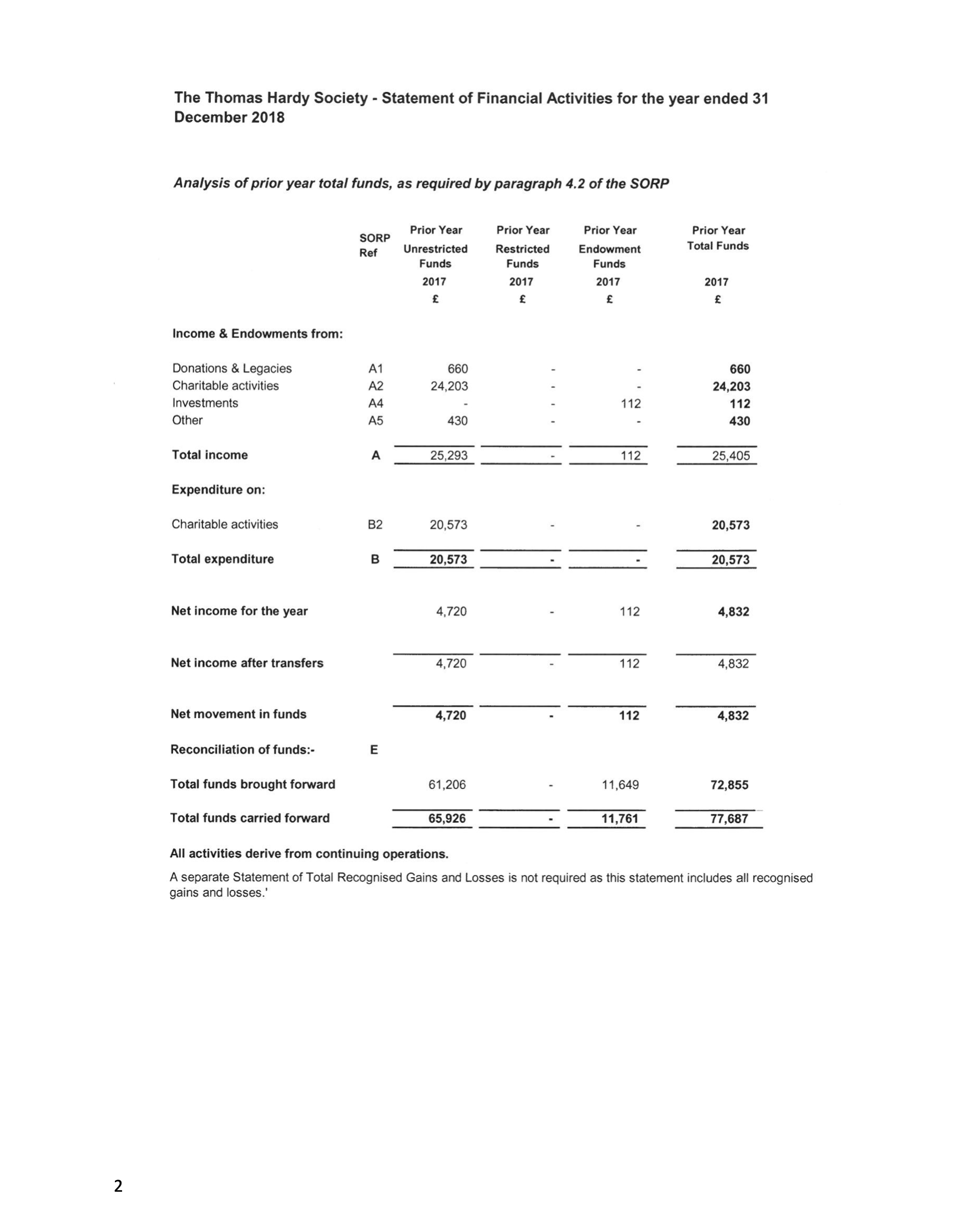 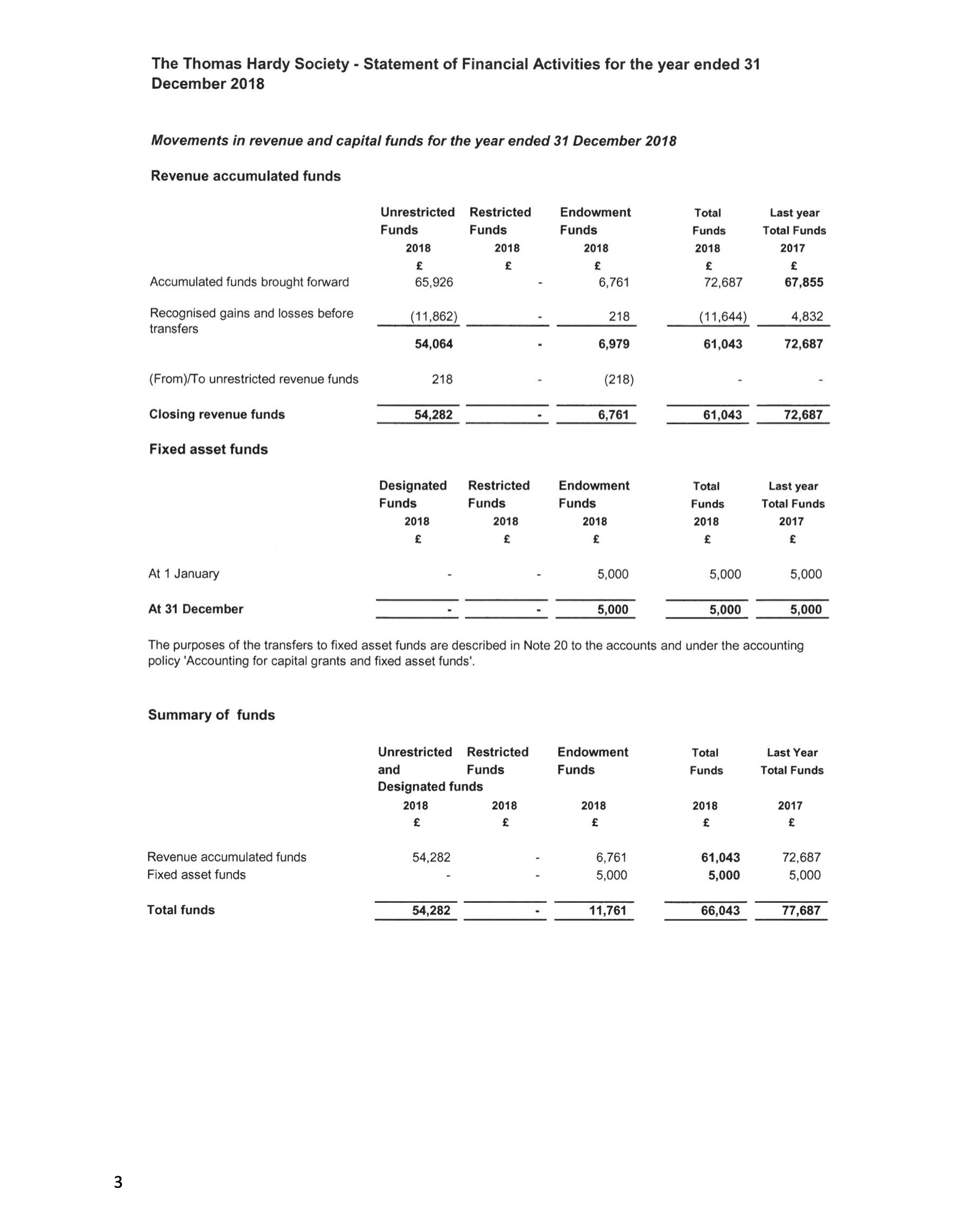 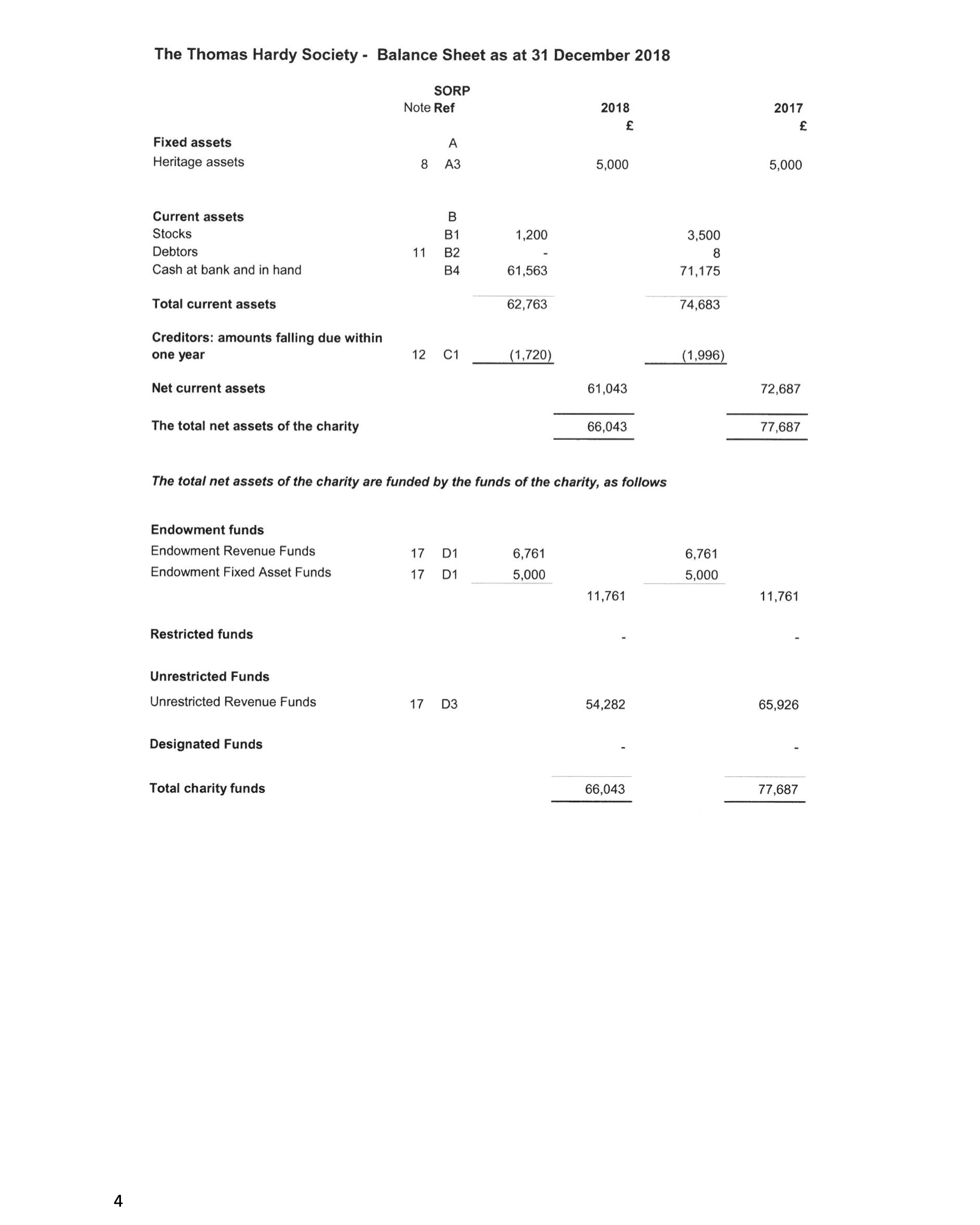 The Mayor of Casterbridge Dorchester Walk

We use cookies to personalise content and ads, to provide social media features and to analyse our traffic. We also share information about your use of our site with our social media, advertising and analytics partners who may combine it with other information that you’ve provided to them or that they’ve collected from your use of their services. You consent to our cookies if you continue to use our website.

The Thomas Hardy Society is an educational charity supported solely by volunteers. The Society is based in Dorchester where the Council of Management meets six times a year. Details of the Annual General Meeting, to which anyone is welcome, are sent through the Society’s usual channels in good time. News and upcoming events are promoted in e-newsletters and journals and on social media such as Facebook and Twitter in addition to this website. For further details please contact us.

The office is staffed by volunteers several days a week. Please leave a message and we will get back to you as soon as possible, usually within 24 hours.