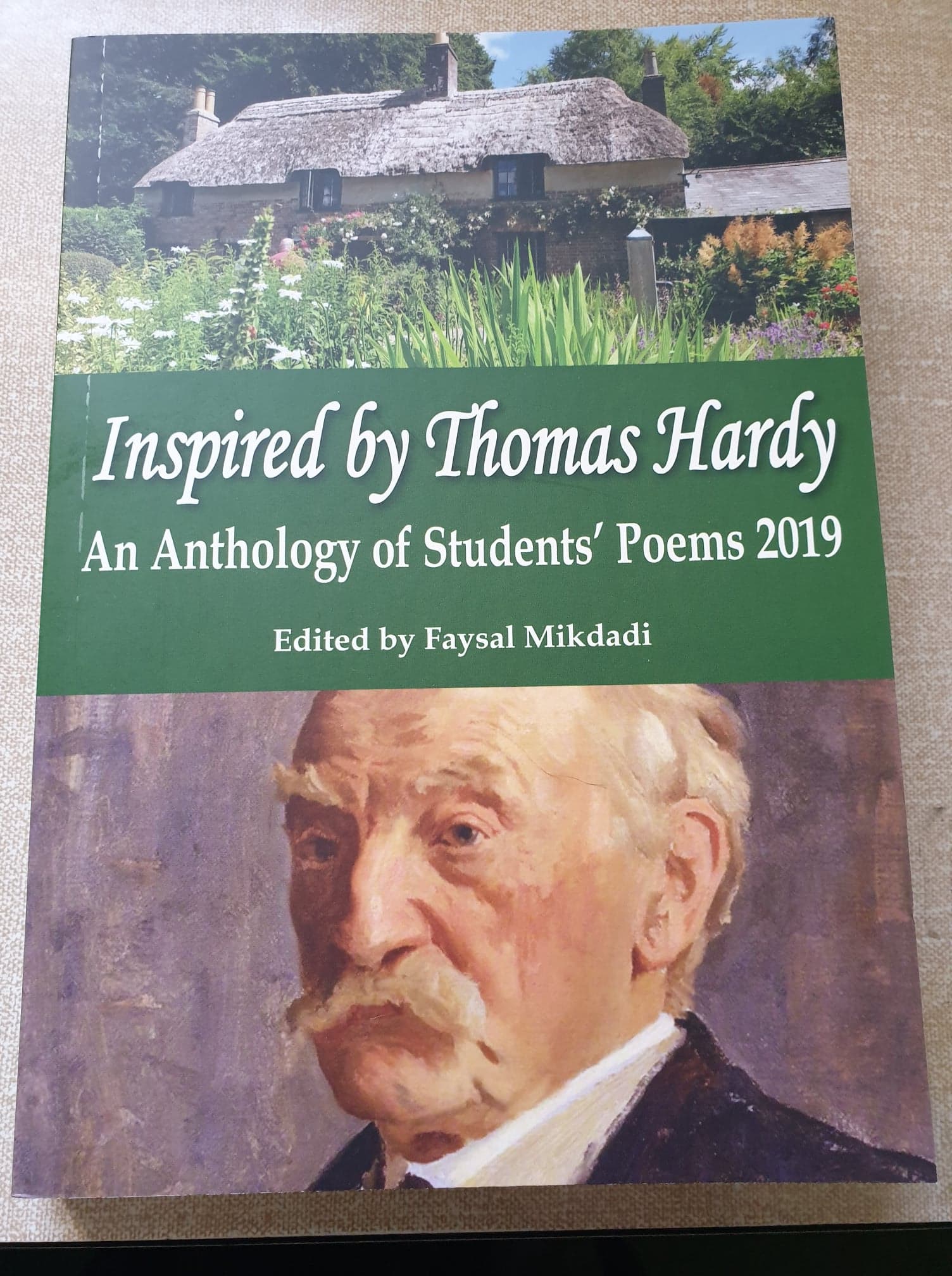 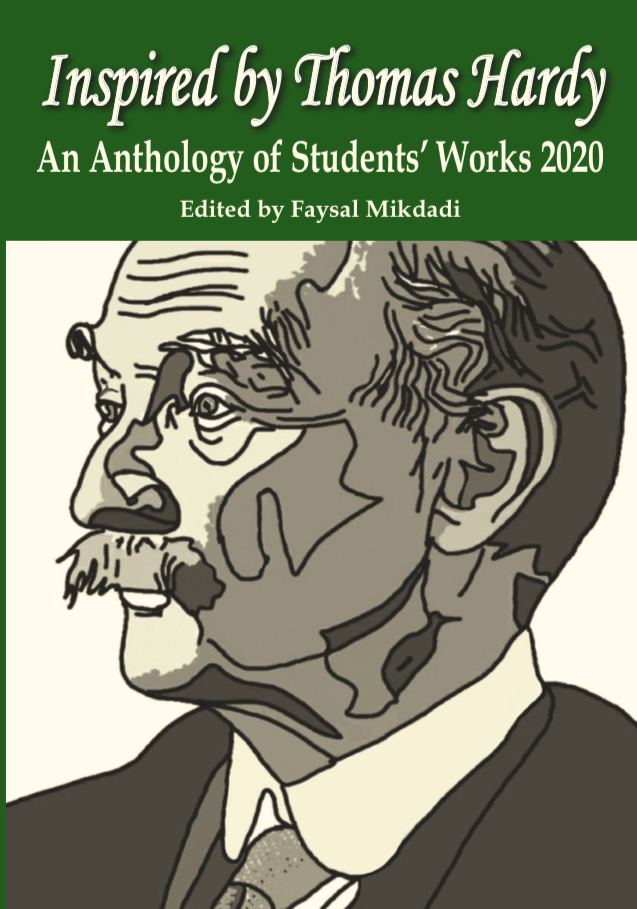 Faysal Mikdadi is a recent new friend of and contributor to Self & Society, introduced to us through our esteemed Poetry Editor, Julian Nangle. Faysal has written two of the reviews in this issue of the magazine, and it’s a pleasure to be able to showcase his own wonderful work around poetry in schools, of which these two excellent anthologies-with-a-difference are a direct product.

Since its founding in the 1970s, this journal of Humanistic Psychology has regularly published poetry – perhaps the only psychology journal in Britain to recognise the vital contribution that poetry reading and writing can make to our well-being and engagement with what it means to be human (and we have some excellent poetry in this issue, to make up for its lack in the previous one). Far beyond the positivistic empiricism of mainstream psychology, Humanistic Psychology recognises that poetry (and the arts more generally) can get to places where so-called ‘scientific’ approaches to our human and other-than-human worlds are unable to touch. I used to ask my students at Roehampton who they thought was the world’s greatest-ever psychologist; and when I gave my own answer to that question – William Shakespeare – after the initial response of jaws hitting the ground, there was commonly a gradual dawning realisation that perhaps he really was!

It’s also very revealing what happens to a country’s poets and musicians when authoritarian governments seize control – for they are commonly the first people to be ‘taken out’ by authoritarian regimes. This is surely because, as my late friend and poet Jay Ramsay used to say, such regimes know that it’s the poets, musicians and artists who carry the ‘truth’ and the soul of a nation in ways that other political agitators are unable to match.

With the arts – and the naturally challenging and subversive orientation that they embody – under such sustained attack in England’s schools from a philistine government whose National Curriculum is increasingly obsessed with academics and technology-based ‘learning’, and with our young people’s artistic sensibilities and bodies concomitantly increasingly neglected, the work of Faysal Mikdadi in pioneering the Thomas Hardy Poetry Workshops across the south-west of England is a massively important cultural intervention in late-modernity. This initiative is especially meaningful to me personally, as I grew up on the
Somerset–Dorset border with a panoramic view across Blackmore Vale – iconic Thomas Hardy country, of course.

Dr Faysal Mikdadi is Academic Director of The Thomas Hardy Society, a novelist and a poet who has worked in education for almost half a century – as teacher, head of English departments, head of faculty, higher-education lecturer, university post-graduate lecturer, advisory headteacher… – and last but not least, an OfSTED lead and team inspector for some 23 years. Faysal now visits schools supporting them across all areas of work, running voluntary poetry and creative
workshops in secondary and primary schools across England. And how fitting, perhaps, that an ex senior Ofsted inspector should be pioneering this inspiring initiative in creativity!

Poems 2019 (as I’ll call it) contains 134 poems written by children from nine schools across the south-west of England, and Works 2020 has around 100 poems from over 10 regional schools (alas curtailed in March because of the Coronavirus pandemic) – and with all poems faithfully reproduced exactly as they were written and/or submitted. The lengthy Acknowledgements section in Poems 2019 tells us that over 100 school children took part in these workshops ‘reading, discussing and emulating Hardy’s poetry’ – and we also see just how many committed people are needed to make such an initiative work and flourish. The
deep respect and reverence for students’ own voices comes across resoundingly when we read that ‘…adults present did not interfere with the processes of composition. Glaring errors were pointed out and left to the students to amend or leave if they deemed the “error” as being part of the individual poet’s original intent’.

Poems 2019 also includes as an appendix the booklet used with the students during each workshop, and also the ‘Thomas Hardy Workshop Plans’ used in each school; and there is a fascinating discussion from Faysal (pp. 140–5) on the students’ responses to Hardy’s poetry. The Afterword to Works 2020 includes an abridged draft of the Thomas Hardy School Creative Workshops 2020 Schemes of Work and the bespoke edition of the Southlands School – the 2020 Students’ Booklet. There is certainly all the indicative information here that anyone might need for replicating this inspiring initiative in different parts of the country. And there are also fascinating photographs and drawings throughout each book, with select writings and poems by Thomas Hardy too.

Speaking to just what poetry gives to children, I want to quote in full the poem titled ‘School’ written in one of the workshops by Liv Yabsley (from p. 81 of Poems 2019):

Albert Einstein once said, ‘Everyone is a genius.
But if you judge a fish
On its ability to climb a tree,
It will live its whole life believing it is stupid.’
Day in, day out
Sat within these four walls
Raise my hand when I want to speak
Followed by a short break to eat
And for the rest of the day they
Tell me what to think.
I want to live in a world where what I think means something
In a world where school focuses on collaboration not competition
A world where individuality is celebrated not suppressed
A world where I’m not forced to be the same as
My peers – like a clone in a cruel system
Where some excel and others fall behind
In a world where fish are no longer forced to climb trees.

Liv says it all more eloquently than I could ever say – what a clarion-call for educational sanity: this is a poem that should be framed and on the wall of every education minister and civil servant in the Department for Education! The children’s enthusiasm for these workshops comes through in a raft of quotations – ‘Writing poetry has allowed me to say what I couldn’t really say elsewhere’; ‘I had an incredible feeling of freedom’; ‘I’ve never been a great fan of poetry. Now, I feel that I’m a real poet’; ‘I have never been able to find inspiration. Now I feel confident writing a poem’; ‘Most literature that we normally do is irrelevant. This is us. This is real’ – and so on.

It’s also vitally important, finally, that these workshops are grounded in the poetry of the local area in which they occur. With the arts under such attack across England’s schooling system, it would be wonderful if Mikdadi’s inspiring initiative could spread right across the country, with resourceful local ‘poetry activists’ in every region taking the work of a renowned local poet into local schools, and awakening our children to the wonders of a poetic sensibility – and how it enriches human experience in ways that scientific and academic instrumentalism is quite unable to do. It would be great if readers of this magazine could draw the attention of likely candidate-pioneers to these anthologies and the associated poetry workshop initiatives, so that this Great Idea spreads like a benign virus across the country, so releasing at least some of the Gradgrind burden of England’s schooling system from our hapless children’s shoulders.

I sincerely hope that, post-pandemic, this wonderful initiative continues to blossom and flourish. Perhaps future anthologies could include a commissioned foreword from someone like Michael Rosen or the current Poet Laureate! And who knows… – maybe the creations of some of these young poets will be featured in our own magazine many years into the future; there would be a delicious symmetry in that. 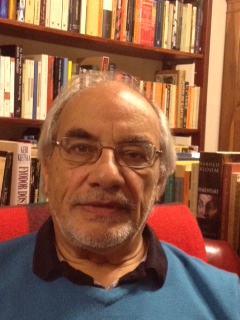 Permission to reprint this review obtained from Richard House, Editor of Self & Society.

The Return of the Native - Call for Papers

We use cookies to personalise content and ads, to provide social media features and to analyse our traffic. We also share information about your use of our site with our social media, advertising and analytics partners who may combine it with other information that you’ve provided to them or that they’ve collected from your use of their services. You consent to our cookies if you continue to use our website.

The Thomas Hardy Society is an educational charity supported solely by volunteers. The Society is based in Dorchester where the Council of Management meets six times a year. Details of the Annual General Meeting, to which anyone is welcome, are sent through the Society's usual channels in good time. News and upcoming events are promoted in e-newsletters and journals and on social media such as Facebook and Twitter in addition to this website. For further details please contact the Secretary - Dr Tracy Hayes - info@hardysociety.org or phone: 07867 666737. contact us.